“KEVIN! Put that bloody diary down and give me one last hug!”

I keep telling her I’ll be down in a sec, but she’s been shouting up every half hour or so anyway. I dunno what she’s so upset about. She’ll have the dog for company AND my sister up the road, and that’s more than I’ll have. A guilt trip is one journey I DON’T need, thank you very much.

Packing was a nightmare. How can anyone predict everything they may or may not need for the foreseeable future? Yes, my main rucksack is bigger than my wardrobe, but it took me seven attempts, each time with lower expectations, and it looks like I’m going to have to go without my Playstation, the vast majority of my shoes and the dog. I just can’t get them in.

The girls have been saving up for this for over a year, whereas I, on the other hand, have two empty credit cards and the urge to be reckless.

So far on this ‘trip of a lifetime’ there’s been a lot of sitting around. In cars, in airports, and now in the arse-end of a plane. I’d planned on killing journey time reading Bill Bryson’s ‘Down Under’ book, but on the first page he points out that there are more things to kill you in Australia than anywhere else on Earth. That it’s full of the world’s most dangerous snakes, mammals and insects, and that even the fluffiest of caterpillars can kill you “with a single toxic nip.” I’ve had to put it down as I was getting palpitations. What the hell am I doing going there by choice?

The three of us have donned hideously unfashionable airline-supplied surgical stockings, which I’m told will stop us from dying in mid-air due to blood clots (I’ve put on two pairs just in case). The first of several airplane meals has arrived, and it resembles the offspring of a roast dinner and a Rubik’s cube. It’s all very exciting. Bev just picked up something that resembled a tiny square Yorkshire pudding between her long pink nails and declared, “This must be what it feels like to be a giant!”

There’s been no major drama to report up to this point, though Bev had to down her iced tea because it looked like a suspicious liquid and Rachel caused a bit of a scene when we got on the plane. She’d suddenly dropped her bags like she’d been caught coming out of Primark and thrown herself into the aisle to dig through them.
“I’ve left me bleedin chewing gum in the car!” she’d wailed, red-faced and breathless.

In other news, I got more action than I’ve had in ages from the guy at customs. He’d given me an enthusiastic rub-down and a thorough ‘wanding’, to the extent that I felt I needed to offer him a tip afterwards.

We’ve only been out of Essex a few hours and I can already feel the weight beginning to lift from my shoulders. I’ve broken into spontaneous whistling twice already (Rachel is counting, which is not a good sign), and although I’m not yet as good as I could be, I’m nowhere near as bad as I was. Besides, who could possibly stay miserable with Bev sitting next to them?

“Ooh, listen!” she just shouted, excited at an announcement from the pilot. “We’re about to land in Hong Kong! I had NO idea that was in Australia!” 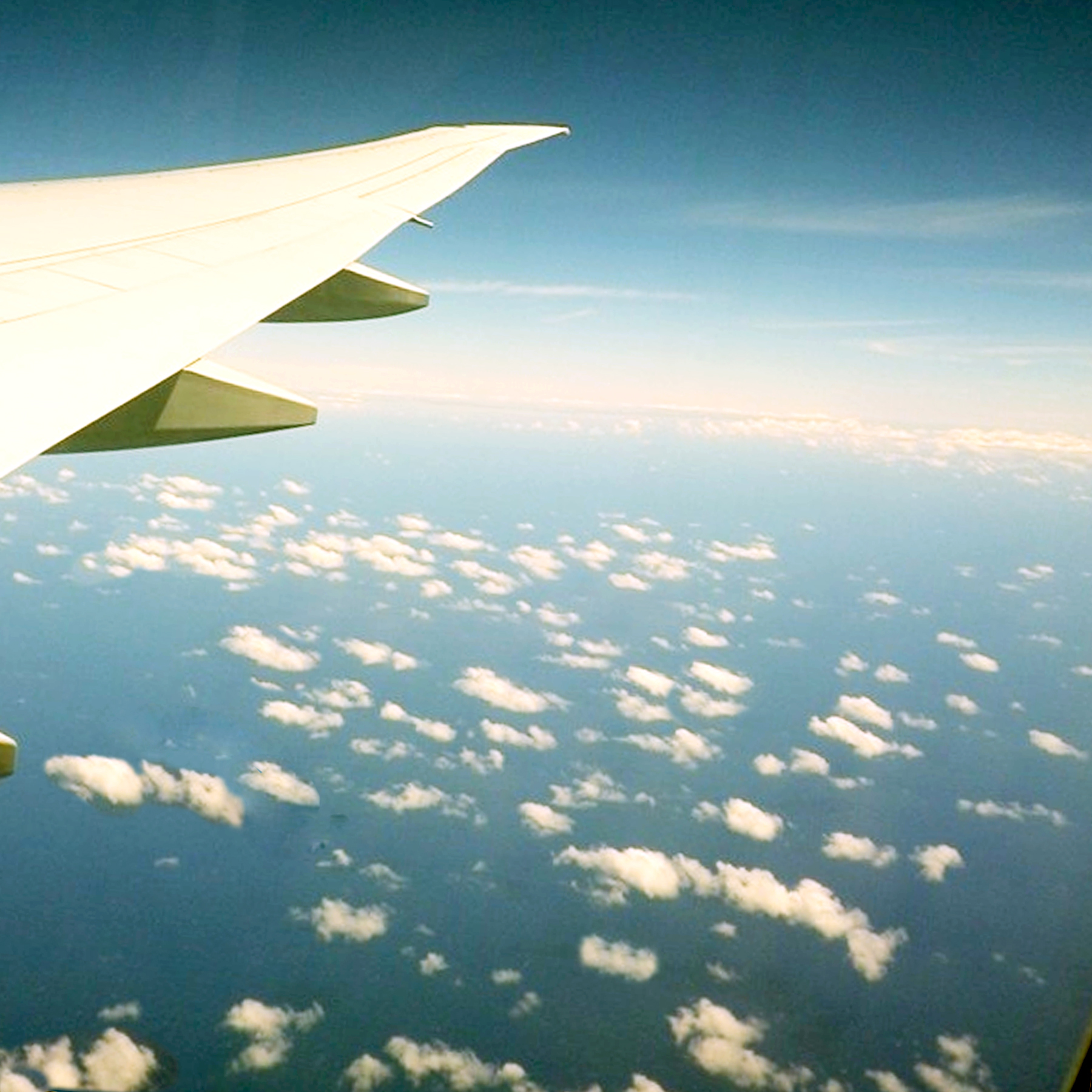 I can see my house from here!