Is it possible to die of a hangover? Even the smallest movement is having violent repercussions. I’ve got to calm this drinking down. If my body was a temple, my temple would be a Threshers.

If it wasn’t horrendous enough feeling so close to death when you’re sharing a room with four other people, it’s particularly horrific enduring a nasty case of the beer-shits when you’re sharing a bathroom with fifty or so more. I was sat in there nearly an hour, waiting for it to empty, just so I could avoid being associated with accompanying smell. By which point, I needed to go again. I didn’t take my phone in with me either, so it was a double dose of misery.

Nancy and Steve, also suffering, have suggested I join them to the beach where we can sleep through the vodka sweats. Sounds like a better use of my time.

I gave the lump in the middle of Bev’s bed a prod and hoped it was her butt. Her eye appeared between tufts of hair from beneath her sheet. No idea what time they got in.

“St Kilda. We’re heading to the beach. You coming?”

She pouted, screwed up her eyes, and made a noise like a randy hippo.

“If you’re coming, go to the loo first this time.”

Last time we were there, Bev got caught short and ran into the water for an emergency wee. So grim. What made it particularly disgusting was the fact she forgot to sit down when she got there.

“What are you, the Piss Police?” she mumbled, and rolled away.

Fan-fucking-tastic. I dozed off in the sun, and now I’ve got a bright red back to accompany with my bright white belly. I look like a giant flabby crab-stick.

Tagging along with a pair of over-enthusiastic love-birds to the beach, when you’re already feeling a bit of a third-wheel, is not good for your self-esteem. They’d laid out their towels just far enough away to make it clear they didn’t want to talk, then shared a single pair of headphones and each others tongues all afternoon. Rude. When I woke up they were gone. Ruder.

Tonight will cheer me up. We’ve caught wind of a clubnight on the outskirts of Melbourne called “The Biggest Party On The Southern Hemisphere”. It is going to be EPIC. Bev and Rachel started hair and make-up 5 hours ago, so with any luck they’ll be ready fairly soon. They’ve helped me put together an outfit that Rachel says makes me look ‘more fashionable than retarded’, and I’ve even done something with my hair, which is the first time I’ve bothered since we got here.

It’s a shame to waste drinking-time when you’ve made this much effort, so I’m gonna wait nextdoor at Northern Nina’s place whilst the girls slap on their final touches. Who knows, maybe I’ll find the increasingly elusive Hamish over there? Eek! It’s gonna be awesome!

Excuse me all, but I need to rant.

I. Am. Fuming. I just popped out for 20 minutes, and then came back to find Bev and Rachel sprawled across their beds snoring the frikking roof down. What’s so unusual about that, you say? They’ve been getting ready to go out with me tonight for OVER 5 HOURS! Not cool, girls. Not cool.

Bev and Rachel are OFFICIALLY trying my patience. And before you say it, no, patience is NOT a virtue. Hurrying the fuck up is a virtue. All those two seem to do is drink, sleep and shop, and even when they ARE shopping, it’s mostly just touching things and saying ‘this is cute’. Total waste of time. We’ve been in Melbourne ten days. Come one ladies, let’s sight-see the shit out of this place and move on! Go, go, go! It’s like they operate at a slower speed than any other human, and if I hear “It’s better to arrive late than to arrive ugly” one more time I’m liable to point out that it doesn’t matter how many times you polish a turd. It STILL LOOKS LIKE A TURD!

I am more frustrated than a blind lesbian at a fish market right now. Rachel says she spends so long making herself pretty because ‘having beauty on the inside don’t get you free drinks’, but all that preparation time, and for what? Two straps and a belt? And Bev, just because you can get your clothes to do up, it doesn’t mean they fit! You’re sporting more camel toe than an ACTUAL CAMEL.

I’m gonna get into sooo much trouble if I actually sending this, but I don’t care. As the bacon said to the ketchup, I’M ON A ROLL. You see, I can’t bite my tongue any longer. All those little irritating things add up when you’ve been sharing a room for so long. Like, why can’t they apply mascara without shutting their damn mouths? Why can’t they go to the toilet on their own or without a follow-up performance review? Why do they need to use BOTH hands when using their phones on hands-free mode?

I used to love the lack of filter between their brains and their mouths, but now that it’s inescapable it just makes me want to vom. I’ve learnt more things about ‘women’s issues’ than any boy wants to know. Flemmy flow? Really!? And being woken up by someone singing, “I gotta go change my jam rag!” is just not on. Pass me the barf-bag and pipe down princess. And do all girls go out for pink champagne to celebrate their cycles synchronising, or is it just them?

Wow. I’m going to get into so much trouble. Some things are best left unsaid, but I went and had a few drinks and then said them anyway. To everyone. I wasn’t entirely sure I’d actually send that email and then, whoops, I did. Fuck it. I’m all kinds of grumpy.

After yesterday’s rush of euphoria, self-respect and subsequent piercing, it would be fair to say I’ve crashed back to Earth. I’m feeling really disappointed, and mostly in myself. The girls may be sleeping through a great night, but it didn’t have to ruin mine. I had the opportunity to go to the party of the century, and I didn’t simply because I’d have to do it on my own. Why is that?

I’m also a bit gutted because Hamish left without saying goodbye. And he didn’t leave on his own either.

“Did you see Hamish off?” Northern Nina asked, when I popped next-door for a drink. “Say, who was the cute blond he left with?”

I was completely lost for words and just sat there making noises like a Tellytubby.

Nina pulled a face that said, Oh fuck, he didn’t know, then hurried off to clean some glasses.

According to the girl I asked on reception, Hamish checked out yesterday with Irish Karen and, from the description given, that other nameless bender I saw mincing about the hostel in his gay vests. Seems the wee Scottish f-f-fucker has come to terms with his sexuality after all. That blond was cute, and even the vicar’s son had noticed. Rumour is they bumped into each other in the toilets and hit it off straight away. Yeah, I bet they fucking did.

Ironically, this means that even Hamish’s disgusting pancakes got more action with him than I ever did. I just got a peck on the cheek in a fire-escape. They got tossed in the kitchen. 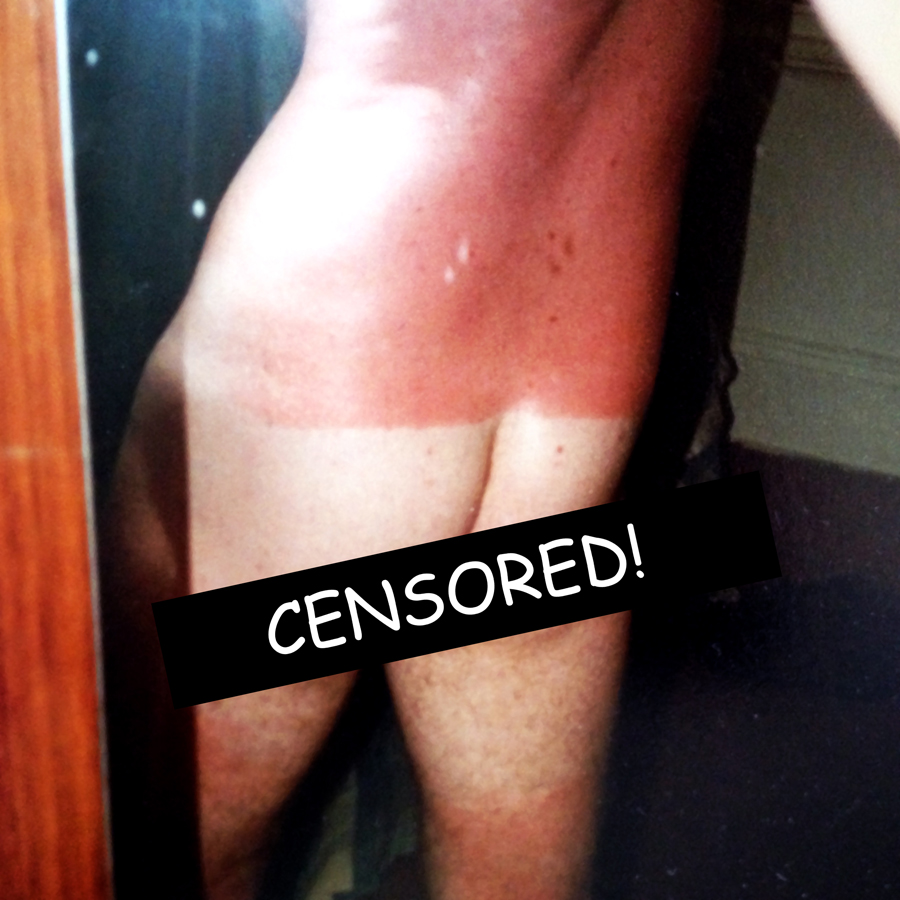